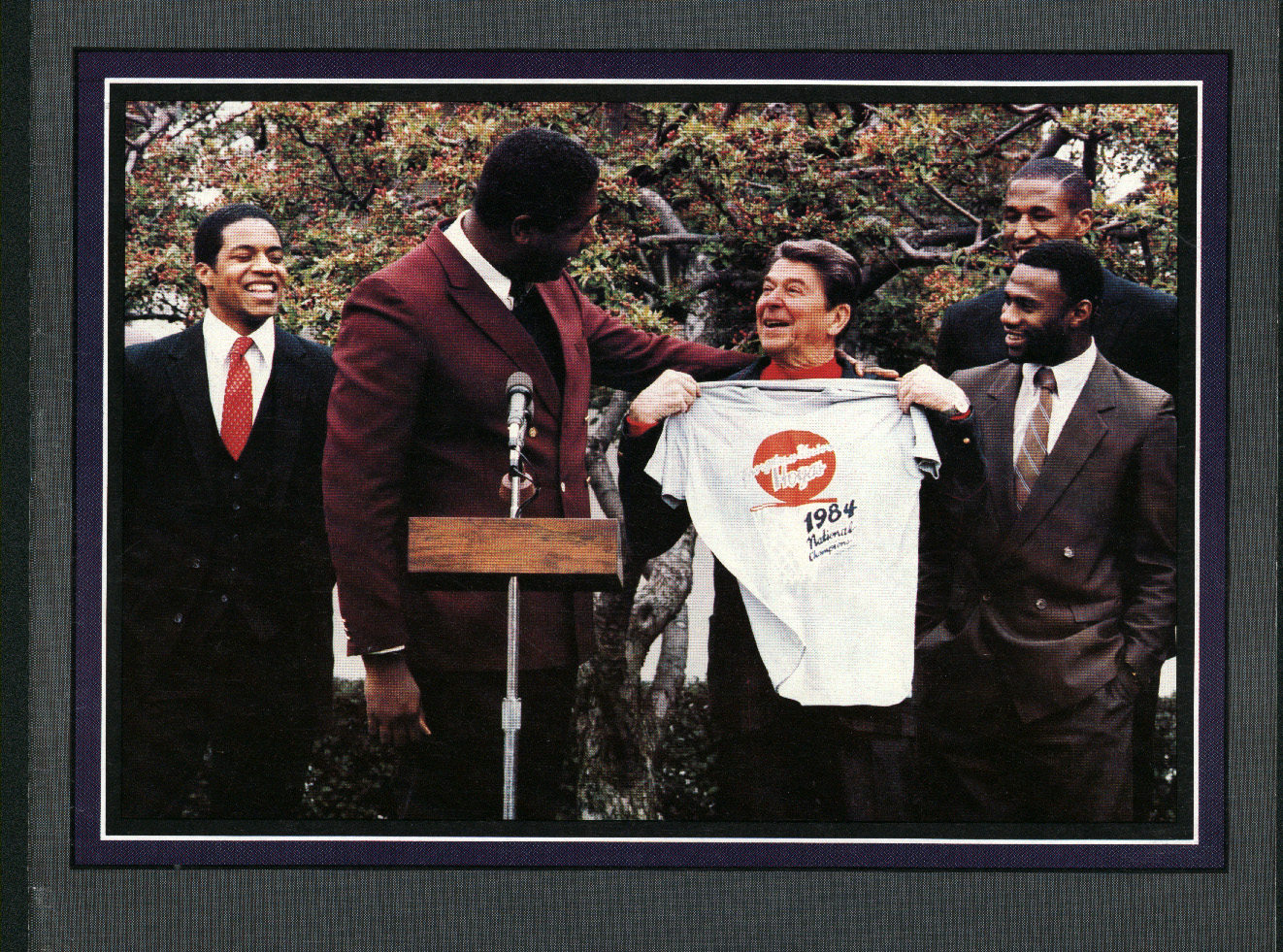 Villa le Balze, a 26 room villa, and three acres of land in Fiesole, Italy, are donated by Marquesa Margaret Rockefeller de Larrain, the only surviving granddaughter of John D. Rockefeller.  The donation is made in memory of her father, educator Charles A. Strong, who built the villa in 1920 and lived in it until his death in 1940

Office of Affirmative Action is set up, headed by Rosemary Kilkenny Sabai

Words to Georgetown’s Alma Mater, written in the 1890s, are updated to remove references to Sons of Georgetown

University returns a more than $600,000 gift from the Government of Libya to endow a professorship in the Center for Contemporary Arab Studies on February 23

Mohamed Anwar El-Sadat, President of the Arab Republic of Egypt, receives an honorary degree on August 8

Hoya basketball games move to the  Capital Centre in Landover, Maryland, a venue that can accommodate over 19,000, in contrast to McDonough Gym which seats 4,400. To ensure that students can easily attend the games, all student season ticket holders are eligible for a free bus shuttle service to and from Landover

Mother Teresa Bojaxhiu receives an honorary degree on May 30

First course in Women’s Studies is offered in the spring

President Gerald Ford receives an honorary degree as part of the ceremonies to re-dedicate Old North on November 2. The Business Administration School moves into the building

Library acquires its one millionth volume, a first edition of Milton’s Paradise Lost

Georgetown defeats Houston in the NCAA basketball championship by a score of 84-75 on April 2. Utilizing his team’s remarkable depth, Coach John Thompson, Jr. is able to keep sending in fresh players and Houston is unable to counter them. Five Hoyas, including Patrick Ewing, score in double figures. Ewing also leads the team in rebounding and is named tournament MVP

History Professor Michael Foley dies unexpectedly in June. He had taught at Georgetown since 1967. Extremely popular with colleagues and students alike, College seniors twice voted to award him the Bunn Award for Faculty Excellence, in 1974 and 1983

Construction on the Leavey Center begins on November 9

“Sweater game” is played at Madison Square Garden, February 27. This game between the #1 ranked St. John’s and #2 Georgetown is highly anticipated. Before tip-off, Coach John Thompson opens his jacket and reveals a t-shirt with an identical pattern to the “lucky” sweater which St. John’s head coach, Lou Carnesca, always wears to games. Whether boosted by Coach Thompson’s apparel or not, the game ends in a 85-69 Hoya victory

Patrick Ewing graduates from Georgetown College. National Player Of The Year in 1985 and Big East Defensive Player Of The Year, 1982-1985, he is the first choice in the NBA draft. The New York Knicks make him the highest paid rookie with a contract that will pay $16 million over five-eight years. On the Sunday after the draft, the Knicks receive 1,000 ticket requests

John J. DeGioia is appointed as Dean of Student Affairs

Board of Directors votes in September to divest University holdings in companies with financial interests in South Africa. The decision follows protests on campus by the Student Coalition against Apartheid and Racism, including a two-week sit-in at White-Gravenor

First issue of Black Nemesis is published in December. Its stated purpose is to provide a forum for Black students to publish scholarly and literary materials about issues of particular interest to Black students.  It will also challenge mainstream opinion on campus

Healy Hall is designated as a National Historic Landmark

The Stewards, a secret society which does not admit women, is exposed and announces its dissolution in February

First issue of The New Press, a women's journal is published.  Founded by a group of ten undergraduates, headed by senior Soraya L. Chemaly, the publication is intended to bring greater focus to women's issues

Coach John Thompson stages a protest over changes to the NCAA freshman eligibility rules. Walking off the court just before the Hoyas' home game against Boston College on January 14, he also refuses to coach the team's next game at Providence. His protest focuses national attention on issues of economic and educational discrimination and the NCAA reverses the rule change at its 1990 convention

First issue of The Blackboard appears in the spring. It comes about after Kirk Gillums-El proposes to the Executive Board of the Black Student Alliance that a news journal be created to broaden the scope of views on campus

Tony Johnson returns to Georgetown as crew coach, He retires in 2014

Timothy S. Healy, S.J. resigns as president to assume the position of president of the New York Public Library

Leo J. O’Donovan, S.J. becomes president. During his tenure, the endowment triples and sponsored research and development expenditures increase by 231%