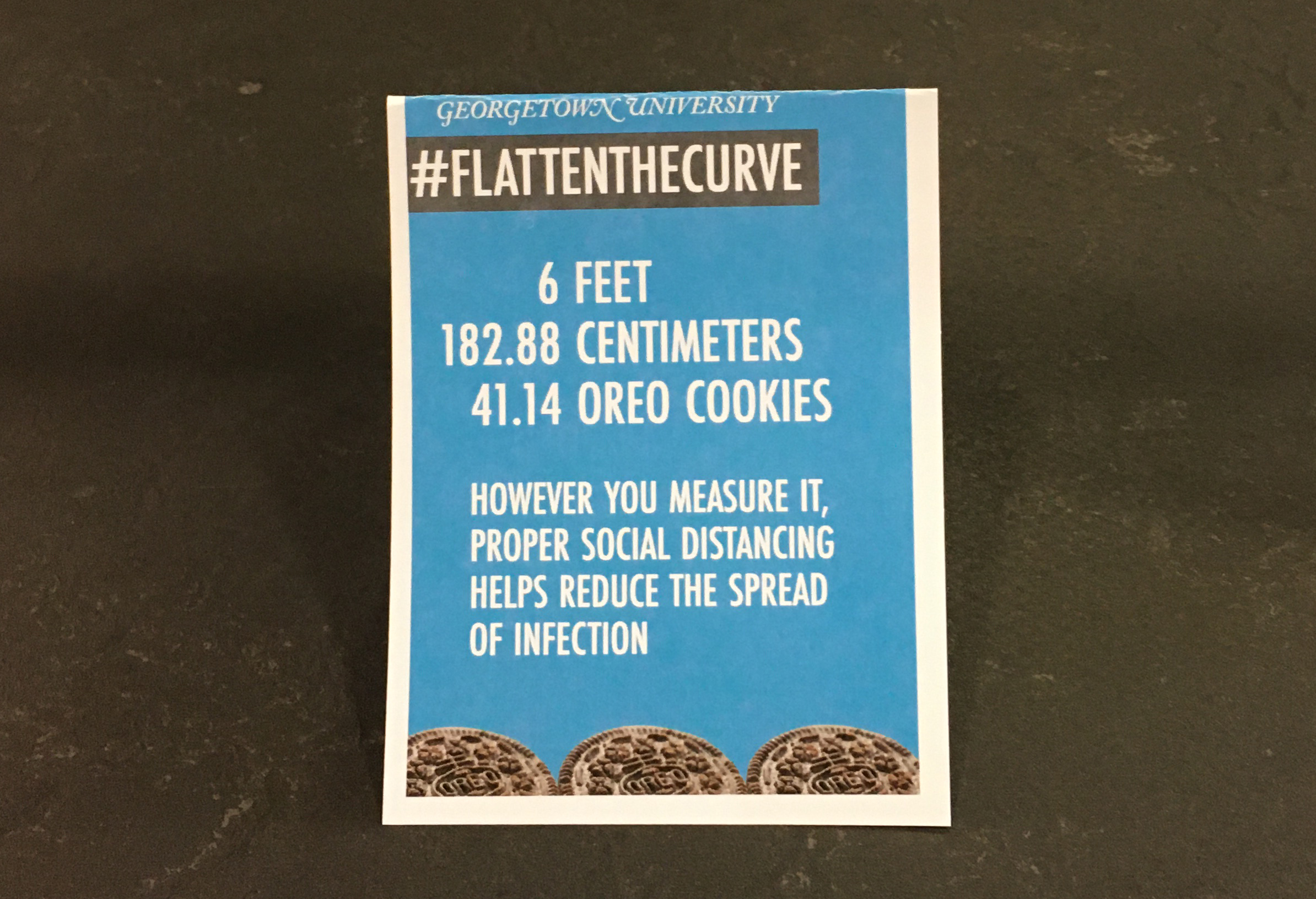 David A. Thomas is named Dean of the McDonough Business School. In 2018, he takes office as the 12th president of Morehouse College

Prince Charles, Prince of Wales,  delivers the keynote address at the  Future of Food international conference an on campus on May 4

School of Continuing Studies signs a lease agreement on July 19 for a new space at 7th Street and Massachusetts Avenue, near Chinatown

University announces on December 9 that it has accepted an invitation to join edX, the online education nonprofit founded by Harvard University and the Massachusetts Institute of Technology

Foundation exercises for Georgetown’s newest school, the McCourt School, are held in the Quadrangle on October 8. The school is named for Frank H. McCourt, Jr. (C’1975), whose gift of $100 million endowed it

University announces that its soon to be built intercollegiate athletics center will be named the John R. Thompson Jr. Intercollegiate Athletics Center on March 4

Master of Science in Finance is launched

President John J. DeGioia charges a Working Group on Slavery, Memory, and Reconciliation, made up of faculty, staff, students, alumni, and members of the Jesuit Community to provide advice and recommendations on how best to acknowledge and recognize Georgetown’s historical relationship with the institution of slavery in September

Pope Francis celebrates his first U.S. Mass at the Basilica of the National Shrine of the Immaculate Conception on September 23. Georgetown lends a 17th century iron cross for the occasion

University announces that it has received one of the largest gifts in its history on October 6. The $50 million from Peter and Susan Cooper of Newport Beach, California, parents of five GU graduates, is to support an innovative leadership program for students engaged in intercollegiate athletics and to enhance the Multi-Sport Field

Students with a number of demands about racial justice, including changing the names of  Mulledy and McSherry Halls, begin a sit-in outside the President’s Office on November 13

President DeGioia announces that Mulledy and McSherry Halls will be renamed after meeting with student activists and receiving a recommendation from the Working Group on Slavery, Memory, and Reconciliation about  interim names on November 14

Working Group on Slavery, Memory, and Reconciliation submits its report to President DeGioia in the summer

Rev. Timothy Kesicki, president of the Jesuit Conference of Canada and the United States, formally apologizes to the descendants of the 272 slaves sold in 1838 in the “Liturgy of Remembrance, Contrition, and Hope” in Gaston Hall on April 18. After the liturgy,Freedom Hall and and Remembrance Hall are rededicated as Isaac Hawkins Hall and Anne Marie Becraft Hall

Georgetown names Patrick Ewing (C'85) as new head men's basketball coach on April 3. Ewing returns to Georgetown after serving for 15 years as an assistant coach in the NBA

Georgetown joins a group of 30 colleges and universities on March 31 in filing an amicus brief outlining the impact of the recent Executive Order baring entry into the United States of individuals from six Muslim-majority countries (Iran, Libya, Somalia, Sudan, Syria, and Yemen) for 90 days

Task Force on Gender Equity is set up in March

Former Village C Terrace, across Old North Way between Dahlgren Chapel and Village C, is renamed in honor of Father Martin J. O'Gara who left the Georgetown faculty in 1943 to become a chaplain in the Air Transport Command. He was returning to the U.S. to be discharged in 1945 when his plane caught fire. Instead of leaping to safety, he gave his parachute to a fellow serviceman and helped seven other passengers escape before the plane crashed with him still on board.

Maryland Province of the Society of Jesus releases a report on December 17 identifying Jesuits from the Province or who served in the Province who have been credibly accused of the sexual abuse of minors since 1950; four individuals named in the report spent time at Georgetown

University announces on February 13 that it has received a $20 million gift from Patricia and Jon M. Baker (C’64) to establish the Baker Trust for Transformational Learning

University announces on February 19 that it is rescinding  the 2004 honorary degree awarded to Cardinal Theodore McCarrick, after he is dismissed from the priesthood in the wake of numerous substantiated claims of  abuse

A $55 million grant from the Open Philanthropy Project creates the Center for Security and Emerging Technology (CSET), to be housed at Georgetown’s Walsh School of Foreign Service The largest U.S. center focused on Artificial Intelligence (AI) and policy, CSET is to produce analysis of the national security implications of emerging technologies

Georgetown and Google Cloud sign a multiyear agreement on April 4 to partner on a variety of research, teaching and learning initiatives and migrate the university’s on-site data storage

University announces on May 30 that it has received a $10 million gift from the Penner Family Foundation, led by Carrie Walton Penner (C’92) and Gregory Boyd Penner (F’92), to strengthen Georgetown’s commitment to financial aid and to experiential learning opportunities for students

Foreign Service School celebrates its 100th anniversary. Among anniversary projects is an exhibition on this school’s history which opens on the 5th floor of Lauinger Library on September 23

Georgetown’s Prison Scholars Program at the DC Jail, the only co-educational prison program in the country, receives a $1 million grant from The Andrew W. Mellon Foundation, December 19

Board of Directors adopts a policy on fossil fuel investments on February 6. Under it, the university will continue to make investments that target a market rate of return in renewable energy, energy efficiency and related areas while freezing new endowment investments in companies/ funds whose primary business is the exploration/ extraction of fossil fuels and will divest from public securities of fossil fuel companies

University announces a new graduate certificate in gender, peace and security on March 5

University announces on March 11 that it is  moving to a virtual learning environment as of Monday, March 16, due to the coronavirus pandemic

Members of Georgetown University’s graduate student union ratify the union’s first contract with the university on May 8, after months of negotiation

Virtual celebration of the Class of 2020 is  held on May 16, after the 2020 commencement is postponed to a time in which we can safely convene as a community