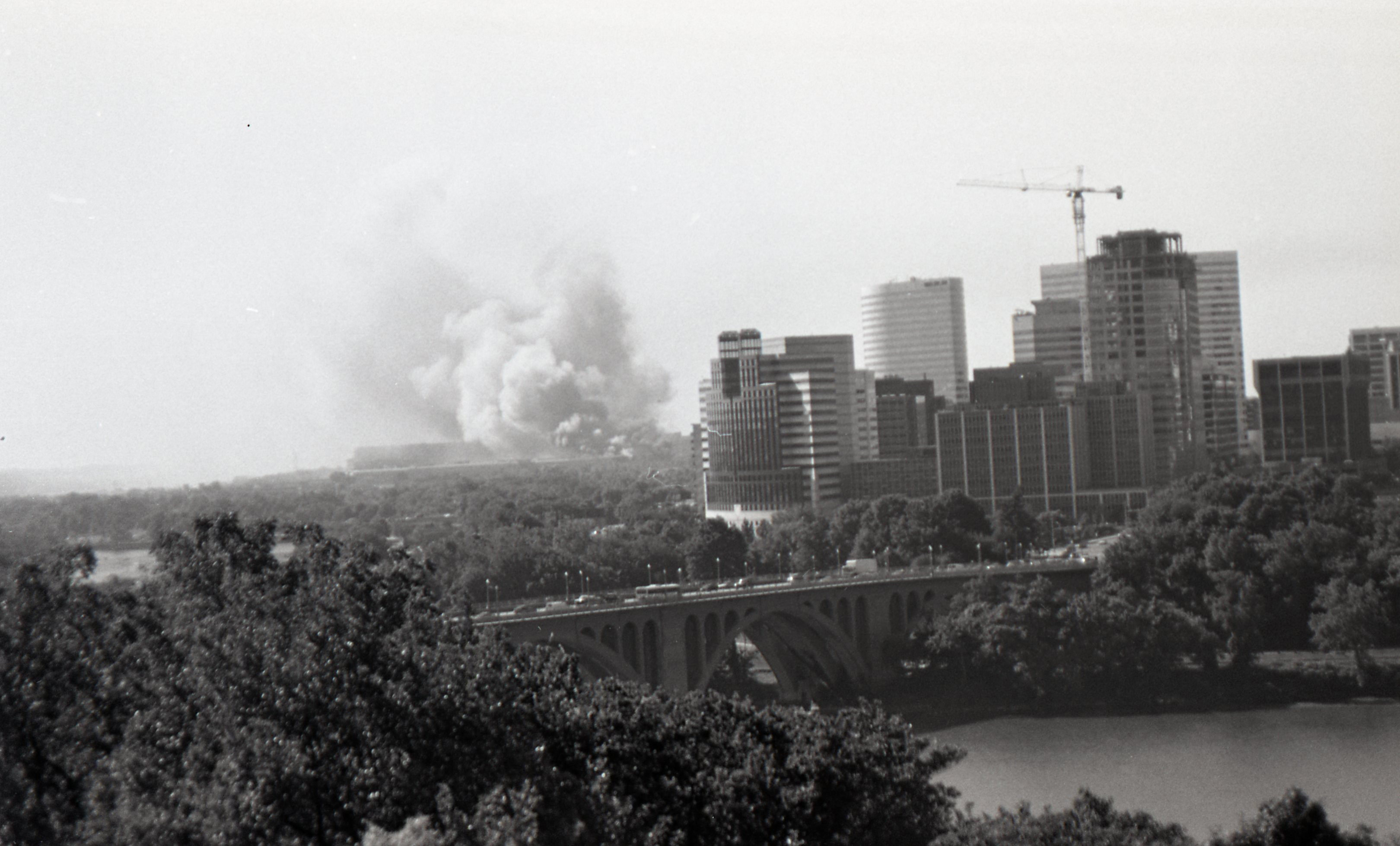 First issue of The Fire This Time, a newspaper for African-American students and students of color, is produced on April 5. This publication, the name of which is inspired by James Baldwin’s The Fire Next Time, starts after two hate attacks against students of color and becomes an expression of activism and dialogue

Main Campus closes at noon on September 11 after the terrorist attacks but classes are held on September 12. On September 14, proclaimed a National Day of Prayer, classes end at noon and the Healy Hall bell tower tolls from 12 to 12:05 p.m., signaling moments of silence and reflection.  Students gather on Copley lawn to create and hang banners in tribute to the victims. These join yellow ribbons at the entrances to campus buildings and American flags hanging from dorm windows

Statue of Jan Karski is unveiled; the Polish Foreign Minister attends the ceremony. The memorial is a life-size sculpture of the professor sitting on a bench playing chess, his favorite game. It is located on the lawn beside White-Gravenor

Samuel Halsey, the first African American to earn an undergraduate degree, receives the President’s Medal from University President John J. DeGioia in recognition of a lifetime of achievement

John Thompson III becomes head men’s basketball coach at Georgetown; he and his father join 18 other sets of fathers and sons who have both coached at the collegiate level

Prince Charles, Prince of Wales, visits campus for a seminar on faith and social responsibility on November 3

Department of Performing Arts is created

Guild of Bands (GOB), an academic music ensemble, is established as part of the new undergraduate degree in American Musical Culture.  It is designed as a training laboratory for aspiring musicians and songwriters

Rafik B. Hariri Building is dedicated on September 16