This guide will introduce patrons to the material held in the University Archives that documents the history of the LGBTQ community at Georgetown.

History of the LGBTQ Community at Georgetown 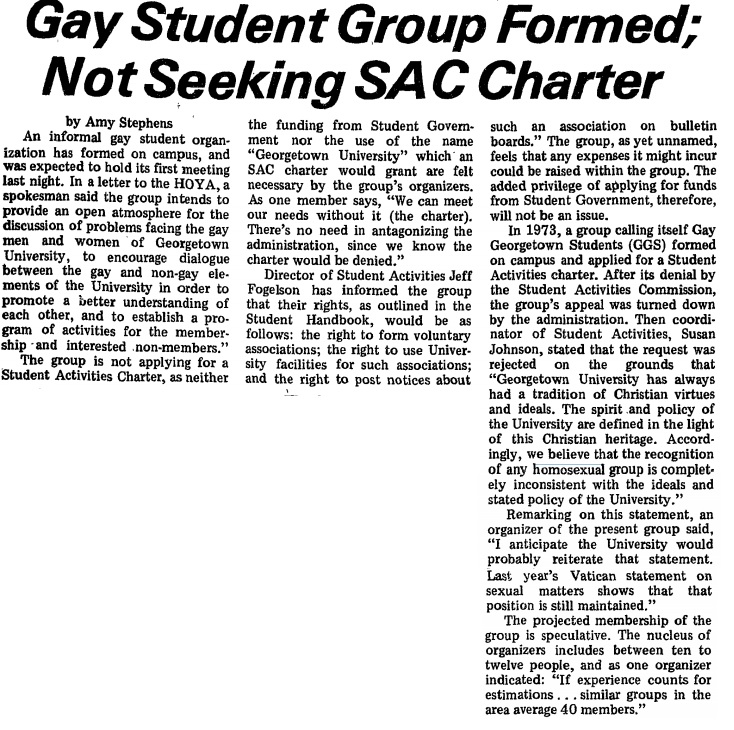 Article in The Hoya announcing the formation of the group Gay Georgetown Students, a precursor to the GPGU, 1977