A very nearly complete set of the first two volumes of the first newspaper published by and for Native Americans, supplemented by less complete holdings of volumes 3, 4, and 5, at which time the Phoenix ceased publication. Bound in contemporary boards; spine perished, upper cover detached. From the library of John Gilmary Shea. 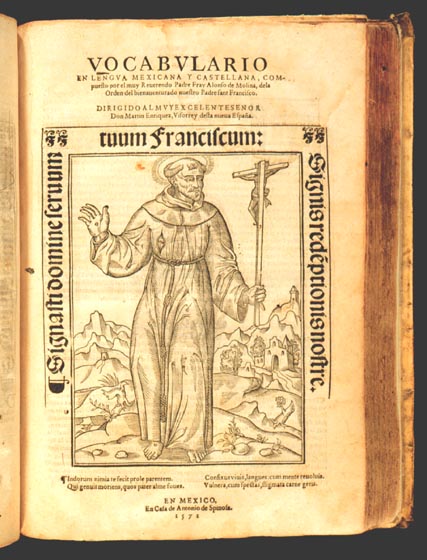 First edition of the first Spanish-Nahuatl dictionary.  Although the present copy has the first title supplied in facsimile, the loss is more than compensated by the presence of an extensive commentary on virtually each entry in a third Native American language. 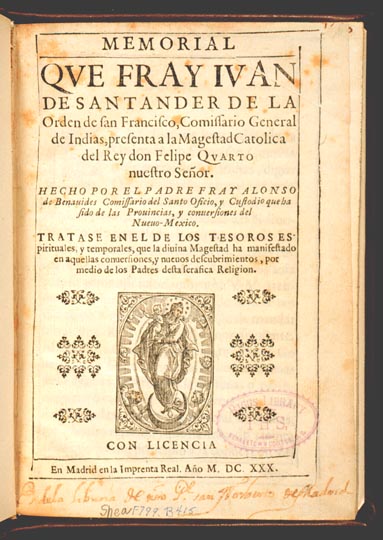 First edition of the most important contemporary account of life in the American Southwest during the early colonial period. Rebound in recent full calf. Purchase, 1892, with the library of John Gilmary Shea. 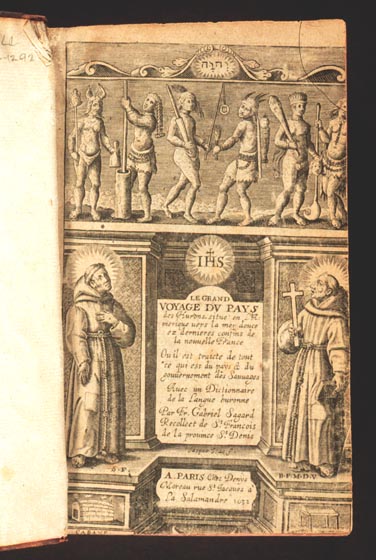 Life and language in colonial Canada

First edition of this primary work on the civilization and language of the Hurons, the principal Native American tribe encountered by the French in Canada. Although the dictionary was set up in type separately, both works are covered by the same official permission to publish, and the two works are here bound together, as usual, in the original speckled sheepskin. With the ownership inscription of the American historian Edmund Bailey O'Callaghan. Purchase, 1892, with the library of John Gilmary Shea. 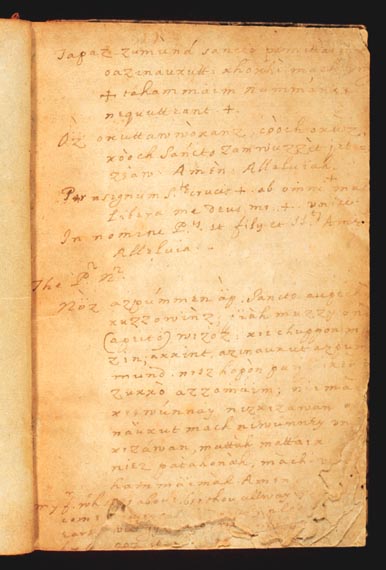 The printed text is that of a popular work on the administration of the sacraments. At the front, there are found five pages of manuscript prayers written between 1634 and 1640 in English, Latin, and Piscataway (Conoy), the language of the Native Americans living in the vicinity of present-day Washington, D.C., in the hand of Fr. Andrew White, S.J., the first Catholic missionary to the Maryland colony. Rebound in quarter sheep and paper boards, probably at Georgetown, in the 19th century. Brought from the Jesuit residence at Leonardtown, Maryland, to the University Archives in 1953. 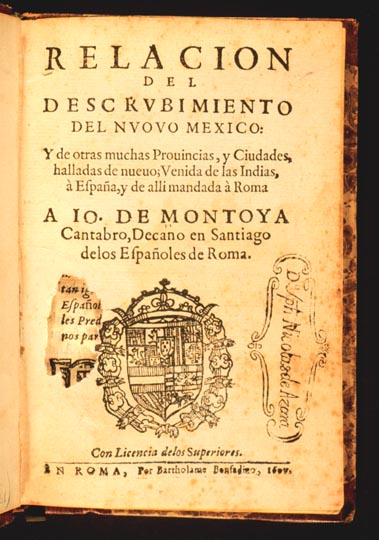 First edition of this early account of the exploration of present-day New Mexico; one of only two recorded copies. Bound in the 19th century in three-quarter sheep and marbled paper boards. Acquired from an undetermined source prior to 1970, possibly with the library of John Gilmary Shea. 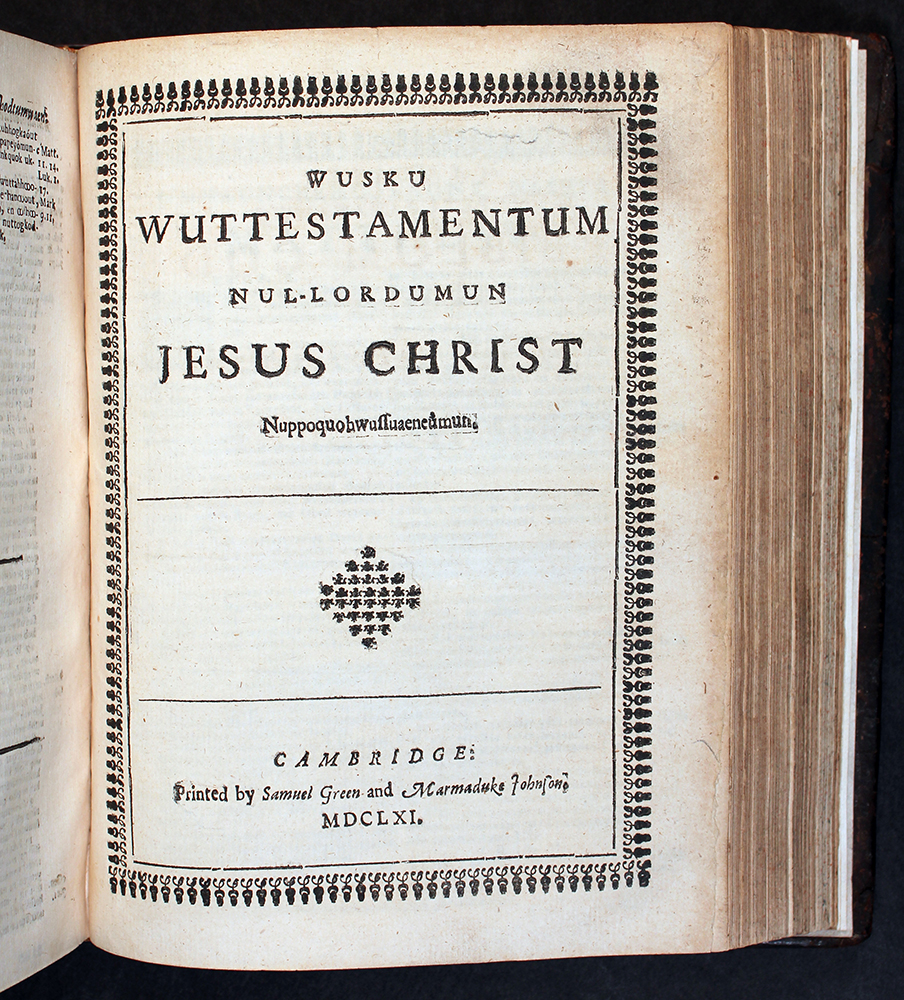 The Holy Bible, Containing the Old Testament and the New. Translated into the Indian Language...

This missionary translation into the Massachusett language was the first complete Bible to be printed in the Western Hemisphere. Because of England’s strict monopoly on Bible printing, an English-language translation would not be printed in America until 1782. The Eliot Bible is a superb complement to the extensive holdings on Native American linguistics in the John Gilmary Shea collection. This magnificent gift fills one of the major gaps in Georgetown’s collection of historic Bibles.