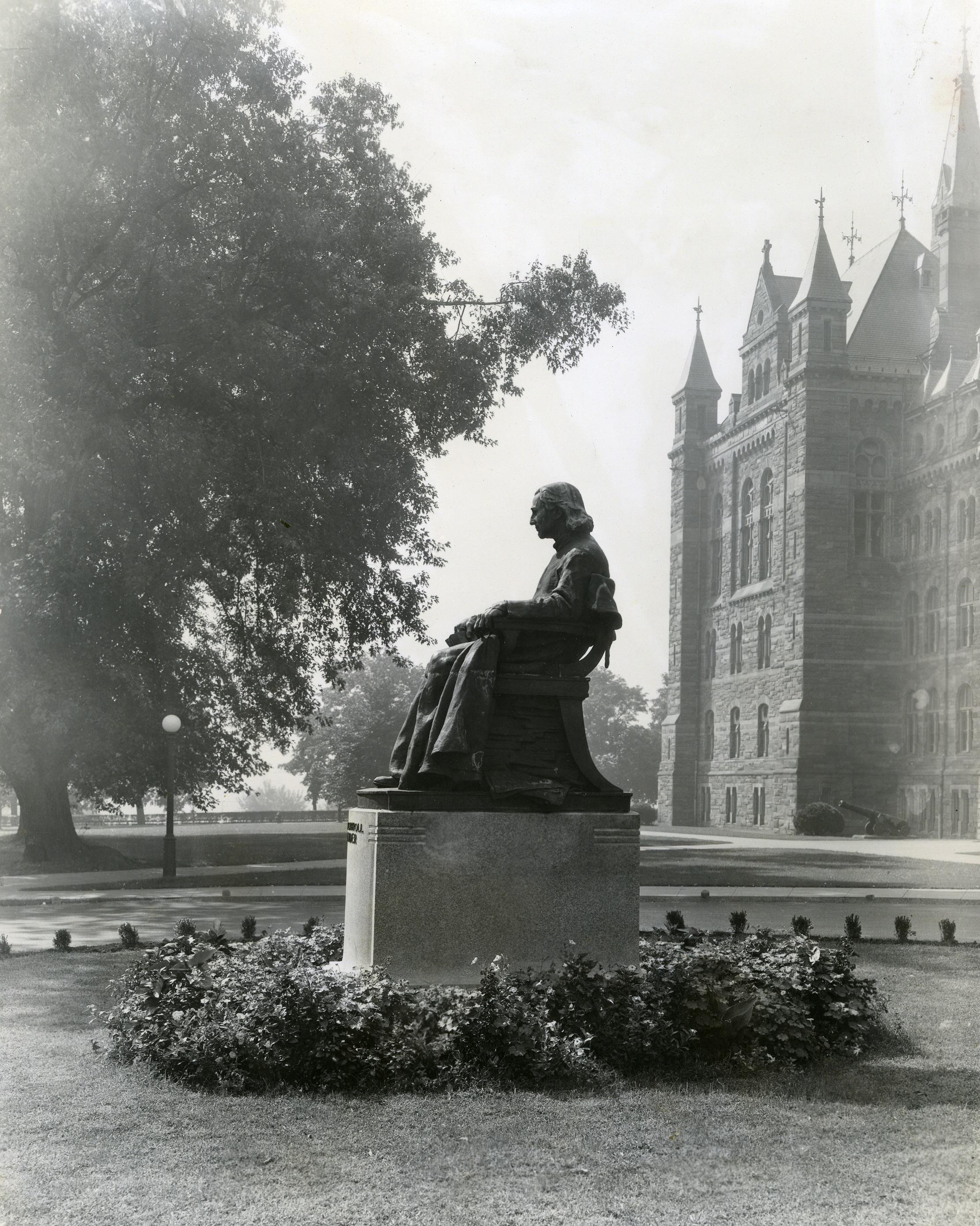 When Healy Hall was built in the late 1870s, there were plans to place statues of St. Ignatius, the founder of the Jesuit Order, and John Carroll, the founder of Georgetown, in niches either side of the portico at the north end of the building. However, President Patrick F. Healy, S.J., who planned the building and for whom it is named, struggled to raise enough money to fully complete it and the statues were never commissioned. As a result, there were no representations of Archbishop Carroll visible on the campus of the school he founded until 1912, when a sculpture by Irish artist Jerome Connor was unveiled at Georgetown on May 4, in a ceremony attended by thousands. The project was financed by donations collected by the Alumni Society.

The following sources will provide information about the statue, especially its planning and unveiling. Request them for use in the Booth Family Center via the Aeon request system.