Books, resources, and links to help fight racism. This is a living document that serves as a launching point for more extensive study and action. 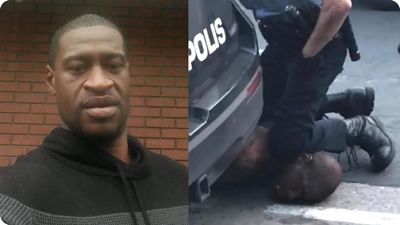 The bill facilitates federal enforcement of constitutional violations (e.g., excessive use of force) by state and local law enforcement. Among other things, it does the following:

It establishes a framework to prohibit racial profiling at the federal, state, and local levels.

The bill establishes new requirements for law enforcement officers and agencies, including to report data on use-of-force incidents, to obtain training on implicit bias and racial profiling, and to wear body cameras. 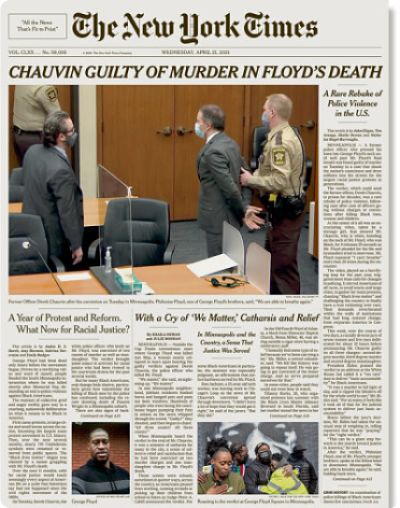 MINNEAPOLIS -- A former police officer who pressed his knee into George Floyd's neck until well past Mr. Floyd's final breath was found guilty of murder on Tuesday in a case that shook the nation's conscience and drew millions into the streets for the largest racial justice protests in generations.

The verdict, which could send the former officer, Derek Chauvin, to prison for decades, was a rare rebuke of police violence, following case after case of officers going without charges or convictions after killing Black men, women and children.

At the center of it all was an excruciating video, taken by a teenage girl, that showed Mr. Chauvin, who is white, kneeling on the neck of Mr. Floyd, who was Black, for nine minutes and 29 seconds as Mr. Floyd pleaded for his life and bystanders tried to intervene. Mr. Floyd repeated "I can't breathe" more than 20 times during the encounter. FULL STORY