A guide to the local history resources available on the District of Columbia.

Curator of Collections on Slavery, Memory, and Reconciliation 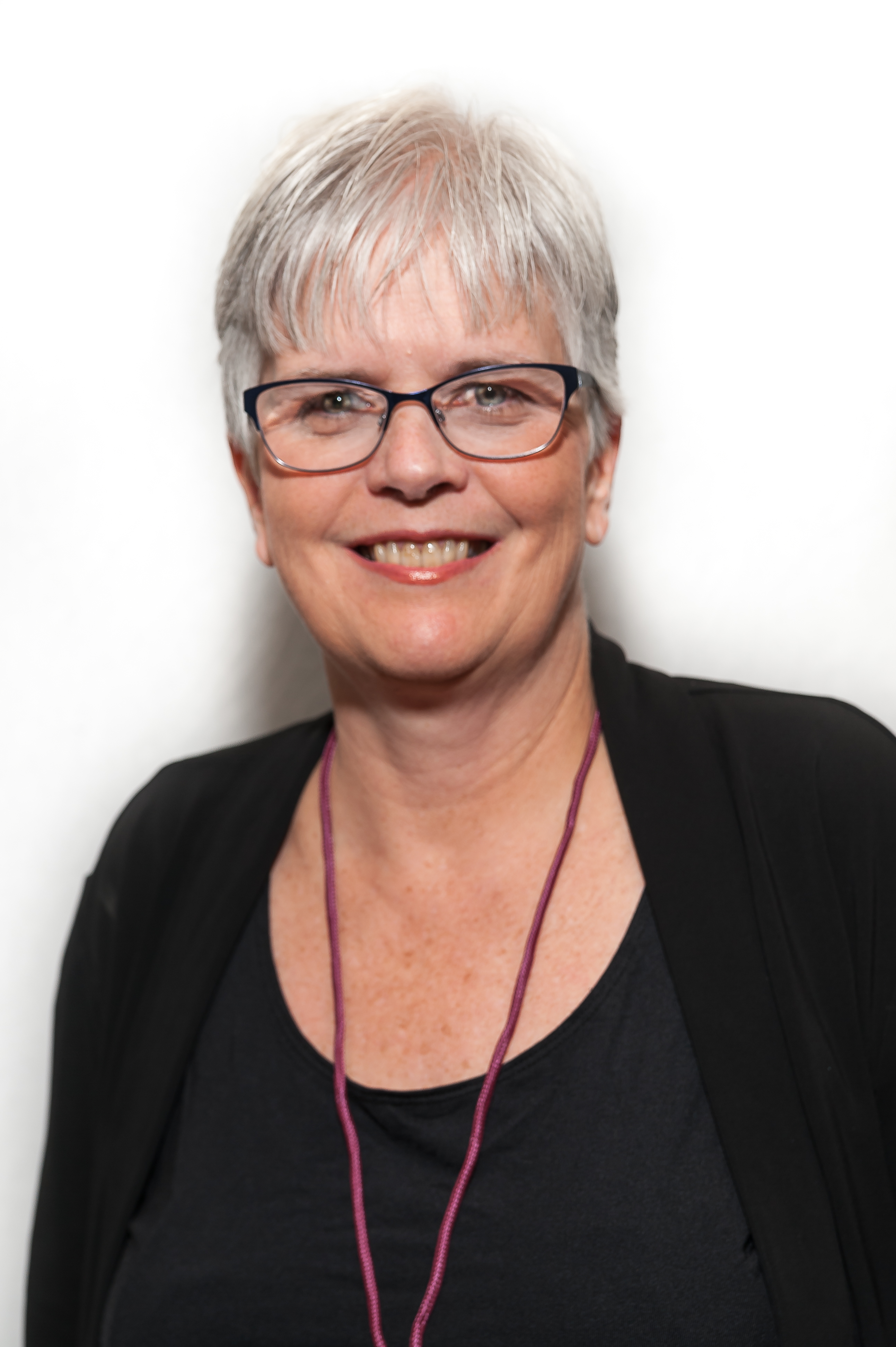 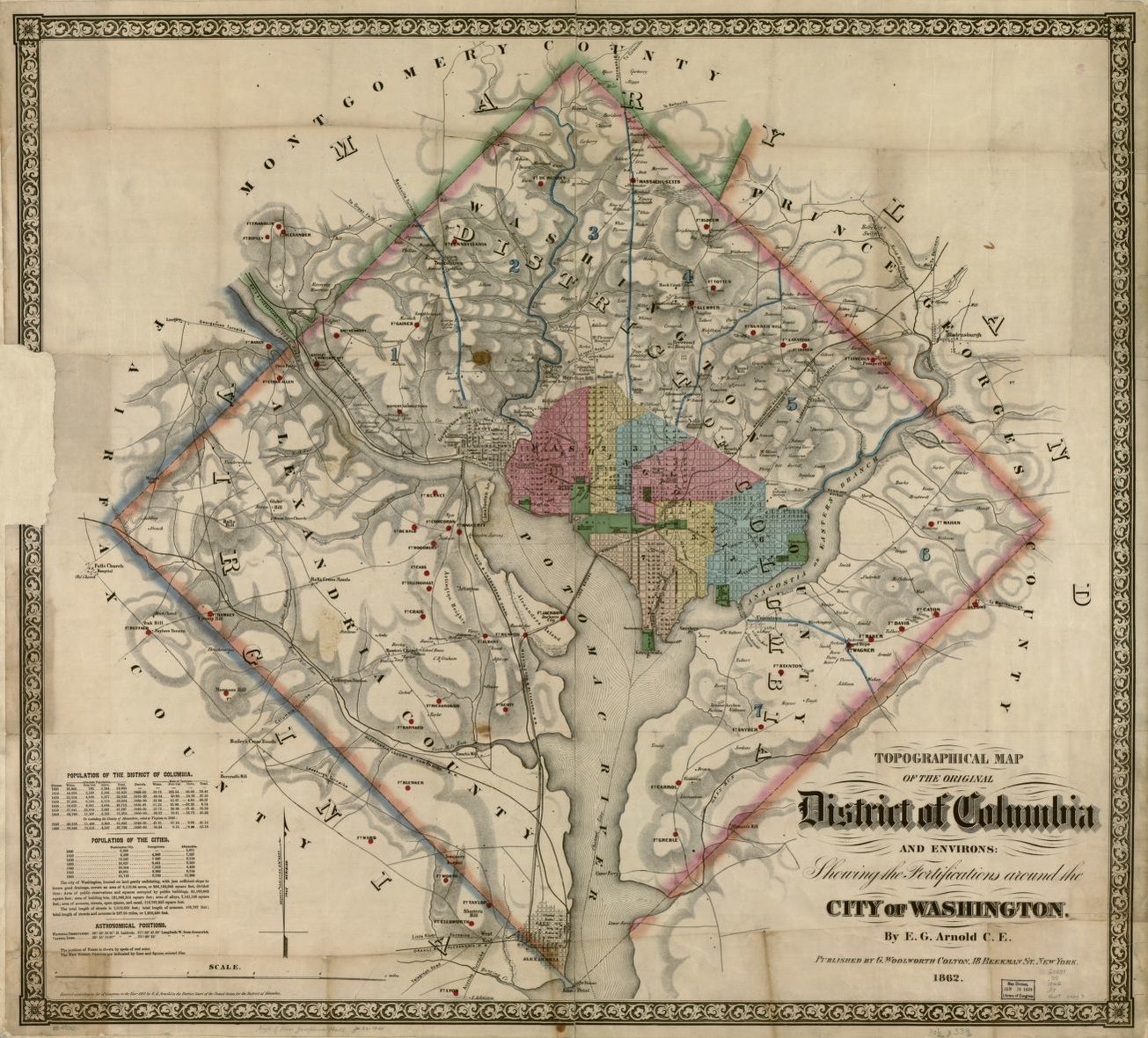 Topographical Map of the Original District of Columbia and Environs Showing Fortifications around the City of Washington, by E.G. Arnold (1862). Courtesy of the Library of Congress.

There are plenty of opportunities to tell original stories about the history of the District of Columbia. Academic and community historians alike have been active in writing books and articles, preserving documentation, and using digital platforms to explore aspects of Washington history. Like other places, people are turning their attention to marginalized peoples and are uncovering the obscured history of the city's Blacks, women, immigrants, and LGBTQ people.

The District of Columbia is considered a difficult place to research because of its peculiarities. Its governance poses unique challenges. As part of its jurisdiction of the capital, the federal government has defined the form of municipal government, the extent of home rule, and has exercised veto power of municipal action. Researchers need to master historical resources found in the federal repositories, particularly the Library of Congress and National Archives, and local repositories such as the D.C. Public Library and D.C. History Center. In addition, the state and local repositories of Maryland and Virginia have significant materials, as the District assumed their legal framework and residents shared mutual political, economic and cultural interests.

This guide is intended to help researchers interested in finding sources for short-term research projects, extensive digital projects, or substantial research papers and theses.  Check out the repositories section to learn more about their collecting areas. Significant holdings are referred to throughout the guide:

Why research the District of Columbia?

The most prevalent caricature of Washington is that of a population of government workers polarized by partisan politics. Nearly all residents of Washington are aware that it has instead been polarized by race. The rapidly gentrifying city that is now displacing its Black and immigrant residents to the surrounding suburbs has transformed itself many times: from a disheveled city with grand ambitions to a monumental city that shocks tourists with a highly visible homeless population, from a center of the slave trade to the nation's first black-majority city, and from a nexus within region known for its production of tobacco to one known for its high-tech services.

The nation's capital exemplifies the tensions between democratic promises and enduring racial realities. Congress has the power to establish the structure of government, determine the extent of its franchise, and can enact social and legislative policies that are otherwise delegated to state and local governments. Black activists and their allies have long recognized its significance of the District as an example for the nation: abolitionists overwhelmed Congress with petitions calling for the end of slavery in the District; immediately after the Civil War, Radical Republicans included Black people in the franchise for local offices before the passage of the Fifteenth Amendment; and in 1877 Congress responded to the backlash of Black participation in the franchise by establishing a commission form of government that served as a harbinger of Black disfranchisement in Southern states. Black people also fought for equal employment opportunities within the federal government.

Its geographic position on the Potomac River, the boundary between Virginia and Maryland, also contributed to the distinctive character of its Black population. The decline of tobacco production in the Chesapeake region led slaveholding planters to move south and westward to establish plantations. At the same time, large numbers of free Blacks moved to the cities where they established communities. After emancipation, the District continued to attract Black people, particularly during the Civil War and Great Migration of the early twentieth century. As schools began to desegregate white people left the District in such large numbers Washington had become a Black majority city, dubbed "Chocolate City." Gentrification has been attracting white residents so that, by 2010, the city was no longer a majority Black city.

The anomalous political position of the capital city, its position as a border city between the North and South, the large Black population known for its activism combatting slavery, segregation, and impoverishment have contributed to the historical interest in the city and presented challenges to researchers. This guide will help researchers navigate the federal and local sources, understand the relationship between the District and surrounding counties, find ways of learning about marginalized people whose experiences are not well-documented, and tap into the databases, digital projects, and other works completed by academic historians, preservationists, and community historians.

The District of Columbia Governance

The legal heritage of the District is inextricably intertwined with Maryland and Virginia. It is well-known that the District was formed by the cession of territories by each of these states. This cession created another anomaly for the nation's capital: the laws of Maryland and Virginia enacted before 1800 applied in the territory that each state ceded to create the nation's capital. As a result, the Potomac River separated the District into distinct legal traditions.

The laws enacted by Congress and the municipalities that comprised the District of Columbia supplanted the state law. The Organic Act of 1790 established a 10-square mile territory that included the existing towns of Georgetown and Alexandria, each retaining their own mayor and legislative bodies. By virtue of a charter granted in 1802, Washington City, the planned city that served as the seat of the government, elected its own mayor and city council. The Organic Act also included the rural areas immediately surrounding these cities, Washington County north of the Potomac and Alexandria County to the South. Congress enacted laws for the whole District, but each city and rural county had jurisdiction over local matters such as policing, market regulations, Black codes, and other local matters. This maze of laws creates confusion for any researcher interested in the District during the early 19th century.

Fearing regulation of the slavery by the U.S. Congress, Alexandria citizens petition the Virginia Assembly for its "retrocession" to the state of Virginia. In 1846, the Assembly responded and voted for the return of the entire territory south of the Potomac to form Alexandria County. In 1920, it became part of Arlington County.

In 1871, Congress effectively unified the District government, granting it territorial status. The structure consolidated the governments of Washington City, Washington County, and Georgetown, but the citizens of the District lost representation in their local government. The U.S. president appointed a governor and an 11-member council for four-year terms. District residents were empowered to elect a city council consisting of 22 members. Within three years, Congress stripped District residents of voting rights by empowering the U.S. president to select three commissioners, two civilians and a member of the Army Corps of Engineers, to govern the District.

The ratification of the 23rd amendment in 1961, allowing for District residents to vote in Presidential elections, was the first step towards the resumption of home rule. In 1973, Congress passed the Home Rule Bill providing for an elected mayor and 13-member city council. The following year, District residents approved the home rule charter and held elections for the Mayor and City Council.