The library and manuscript collection formed by American Catholic historian John Gilmary Shea, acquired by purchase and gift in 1892 and 1893, gave Georgetown one of the most important extant collections on Native American linguistics, supplemented by a rich body of materials relating to Native American history and culture.

John Gilmary Shea (1824-1892), sought to document and describe the contributions of Catholic missionaries and religious leaders to the achievements of the United States. Shea wrote sweeping narrative histories that began with colonial settlement and ended with "the present time" based on seminal documents that he collected and preserved. The most valuable of these documents supported his research into the French and Spanish missionaries who evangelized among the indigenous peoples settled within the territories acquired by the Louisiana Purchase, the Great Lakes region, the Great Plains, the Rocky Mountains, and the Pacific coastline. 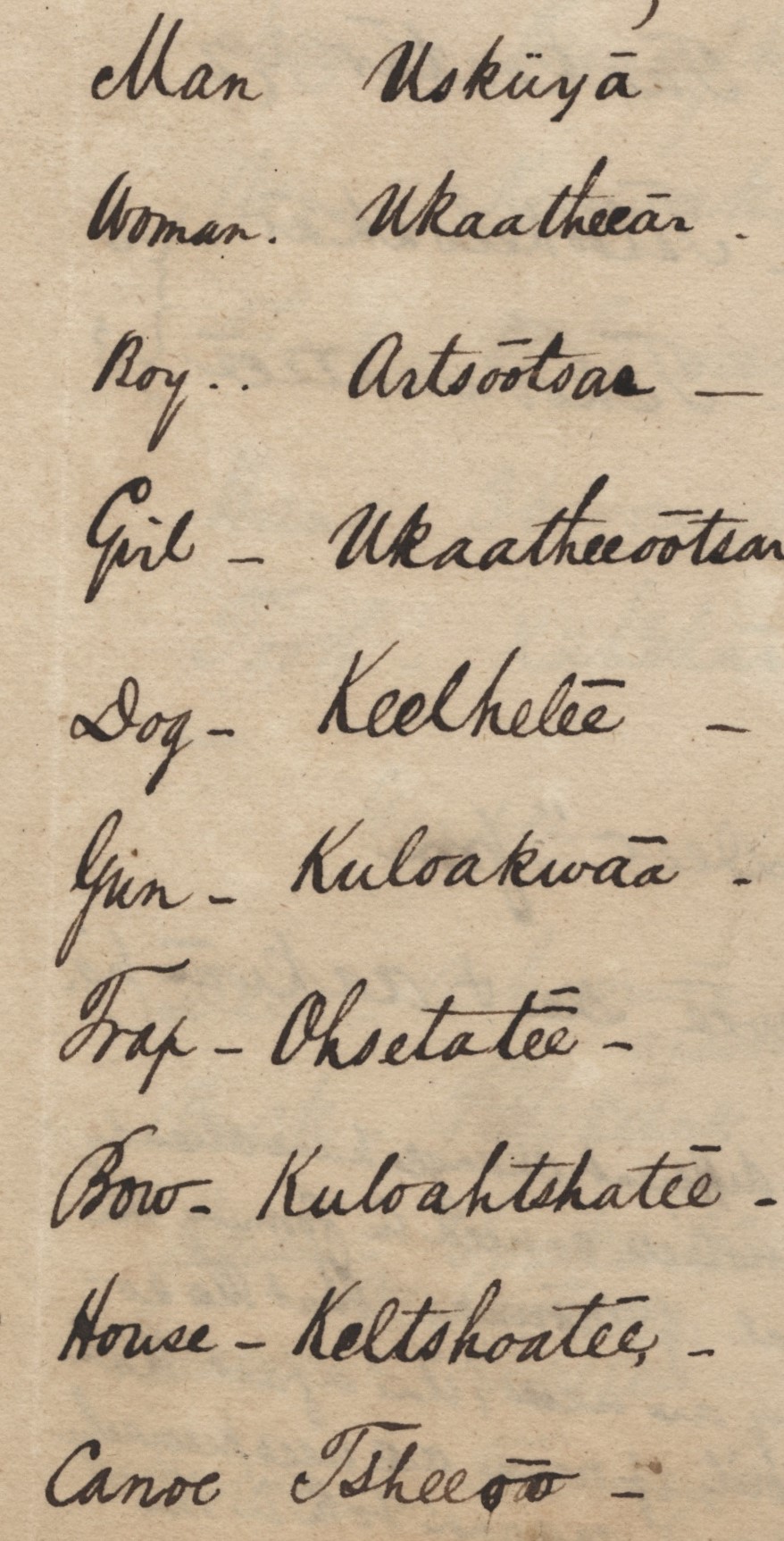 The Native American Linguistics and History series within this collection includes lexicons, prayer books, catechisms, and spiritual writings used by missionaries that provide rare insight into several Native American languages, including those spoken by the Choctaw, Dakota, Huron-Wyandot, Iroquois, Potawatomi. These papers also include correspondence dated 1822 through 1826 between Henry Rowe Schoolcraft, geographer and ethnologist, and Lewis Cass, the U.S. Senator from Michigan who became Secretary of War for President Andrew Jackson, regarding the indigenous peoples of the Great Lakes region.

Between 1852 and 1892, Shea authored more than 240 publications, including bibliographies, published editions of works by Catholic missionaries and prelates, and biographies. Shea also worked as an editor of Frank Leslie's Illustrated and U.S. Catholic Historian, a publication of the U.S. Catholic Historical Society which he helped found. The John Gilmary Shea Papers also include manuscripts, transcripts and translations documenting leading Catholic figures, including Jesuit missionaries and other well-known figures. 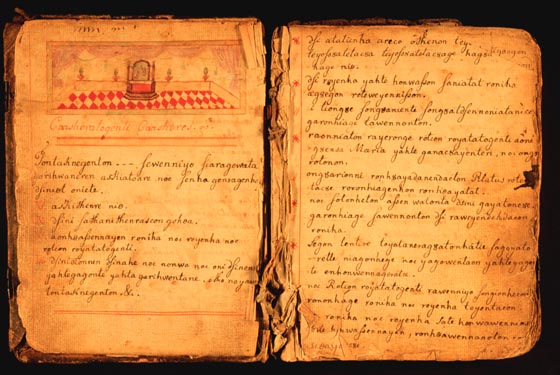 Click on the image to see the full reproduction of this manuscript in DigitalGeorgetown; click on the title and author information below to see the archival record.

Hymns among the Mohawks

Untitled manuscript. Caughnewaga or Sault St. Louis (Canada), ca. 1700, about 60 leaves (including some fragmentary), in Mohawk, with a few notes in Latin and French. Attributed with some confidence to the Jesuit missionary Bruyas, the author of a scholarly treatise on Mohawk vocabulary. This manuscript, in all likelihood incomplete, contains a fragmentary liturgy of parts of the Mass followed by extensive translations into Mohawk of traditional Latin and French hymns. Bound in deerskin (?) with metal clasps. Part of the collection of manuscripts formed by John Gilmary Shea, acquired by Georgetown University in 1893.